The importance of rest 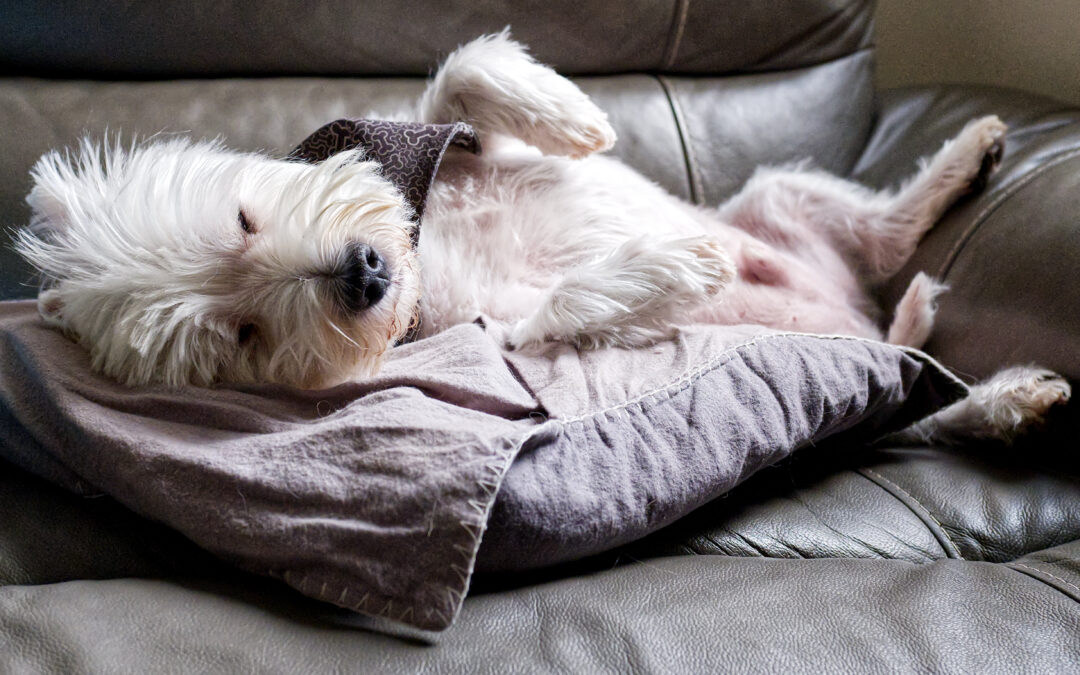 Becoming a dog owner is a big deal for various reasons, it’s also a time of joy and excitement from our perspective. From a dog’s perspective there will be varying feelings and emotions, so we have to be mindful and careful generally, and to what degree will vary from dog to dog.

Prior to their arrival we may start planning a whole host of things, what to feed them, exercise routines, behavioural plans, what equipment will we use, the list goes on.

But what about one of the things that can have an impact on their general well being, but is easily forgotten or overlooked, and that is ‘rest’.

Its easy to get caught up in the frenzy of day to day life which can easily affect our four legged family member. We may rush the walk and run the risk of them missing out on valuable time using their natural abilities which has many benefits. A negative impact of this is that in time (and could be less than you think) it can affect their behaviour and not in a way that we would like.

We may plan things so they are kept busy with things each day, sometimes this could be because we have a particular breed and we have been told or read that they need ‘x’ amount of hours exercise to drain them physically. It might be that we have seen unwanted behaviour in them so we assume they need more exercise to banish the behaviour – how many times have others recommended we do this or that with them and it will ‘sort’ them?

It’s great that most want the best for their dog, but it is also easy to overload and overwhelm them based on our own (or maybe friends/family etc) thoughts as to what they need.

If we don’t do x, y or z with them we might be frowned upon by others, so then we maybe in a situation where we are playing emotional tennis in our own minds which can leave us feeling inadequate or guilty etc.

If you were to write down, a bit like a diary, what you did, when you did it and for how long, what you come up with may surprise you, and then write down how much ‘quality’ sleep/rest you dog gets to compare. As time passes it can often be the sleep becomes less and we start to do more. The dynamics of every house is different but when there is plenty of hustle bustle, comings and goings, loud noises etc the chance of ‘quality’ rest becomes less and less.

Suddenly we may find our dogs are near to or are running on empty, not just in a physical sense but emotionally too. Things that we not an issue before are now becoming a struggle for them, they are less tolerant and more reactive to things thus leaving them very vulnerable and not in a place where they are able to take things in and learn, they are merely trying to ‘cope’…..who would want this for their dog?

What they could actually be crying out for is some time out and a rest, and a time to decompress, recharge and bring any stress levels back down to normal.

Sometimes because of what we do with them might be doing more harm than good, but its not done with any ill intent.

It’s easy to feed into the adrenaline raising activities rather than ones based around their natural abilities, so then its becomes a question of who is the activity actually for?

When someone asks you what you have done with your dog and you reply nothing it wouldn’t be uncommon to be met with ‘why’ or even the ‘look’ from the other person.

It’s easy for others to form a judgment to a reply like this, but taking some time out and having those duvet days where you can just chill together and enjoy each others company in my opinion is a very important part of owning a dog. Of course they may want to rest but in their own space, which is totally fine and should never be taken personally, so making sure they also have that choice is very important too.

Never feel guilty or anything else by having these days, it could be the best thing at that time for ‘your’ dog, and might be what you need too?

Life doesn’t need to be 100 miles and hour, and sooner rather than later if it is then it has a habit of catching up with us, we may see a change in behaviour/moods or even illness and disease.

Dogs have a tough enough job on a daily basis fitting into this world, so lets not make it even harder on them by over doing things.

Just because we can doesn’t mean we should, so please allow you dog the time they need to get that quality rest in.